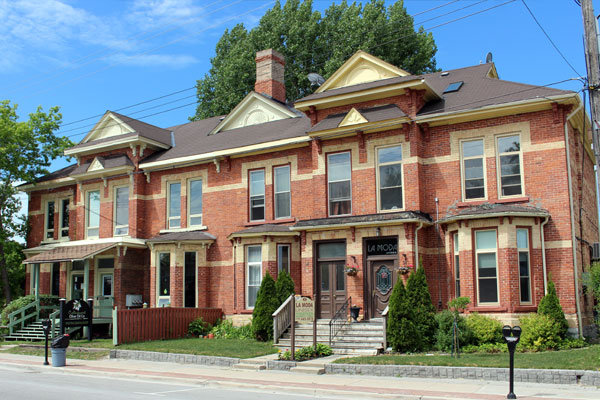 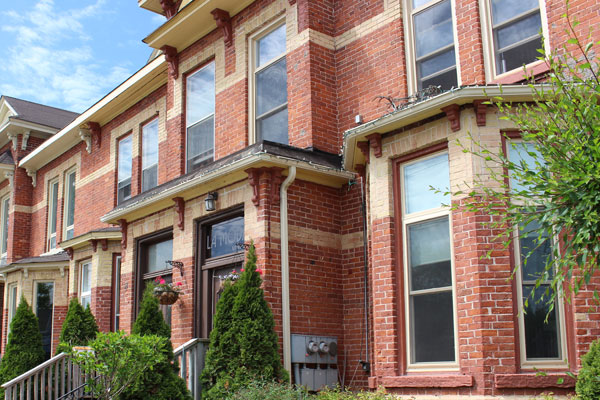 Second Floor – Upper level masonry is similar to ground floor, with flat, buff-brick arches at all windows rising from mid-height buff-brick band-course. Walls above bay-windows contains tall, paired windows while projecting bays contain wider window above doorways. Again, original, 1/1 windows remain at no. 36 and 38, behind aluminum storms, and windows at no. 42 and 44 are inappropriate replacement, with lower, awning sashes. Soffit of roof is supported by carved brackets similar to, but larger than, those at ground floor. 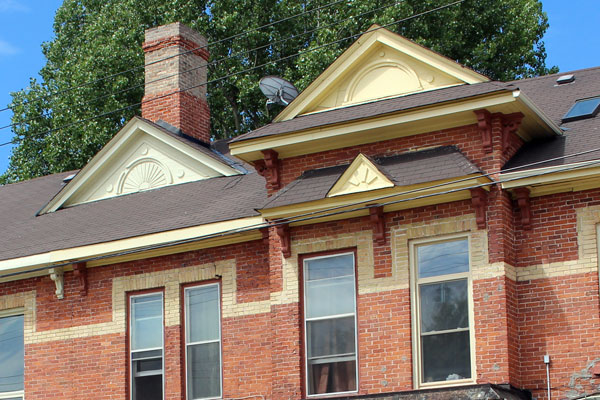 Gables, Roof and Chimneys – Brick masonry above entrances rises to small, hipped roofs with tiny decorative central pediments, above which are wooden gables built off wooden console brackets at corners. North gable contains central fanlight, while south gable has similar aperture with central, plywood panel only. A third, central gable is set further back on roof pitch, with similar decorative elements, including wooden disks at apexes and wooden fanlight motif. Soffits have beaded boards, and deep, ogee shingle-mouldings remain at most fascias, except main roof. Hipped roof has small gables to north and south, where central ridge projects beyond line of end pitches. Large, central chimney remains, though without corbelled top courses and clay pots as at north chimney (see picture above). South chimney has vanished completely. Roofing material throughout is dark-brown asphalt shingles. 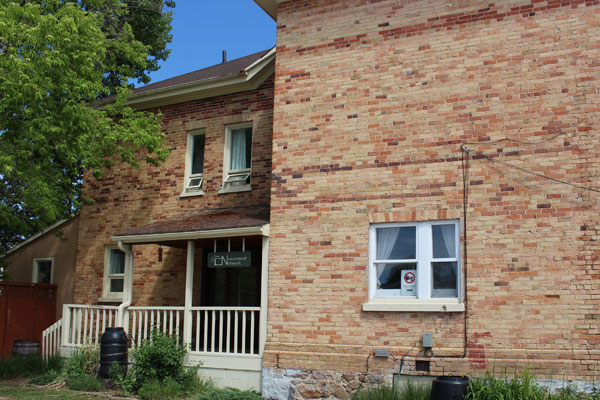