Red-brick, Baptist Church with paired, oak, south entrance doors in deeply recessed, multiple jambs and pointed arches, and with flanking, gabled hall (or Chapel?) to west, tall nave gable behind, and with lancet windows and stepped buttresses at east side, beyond tower (c. 1880). 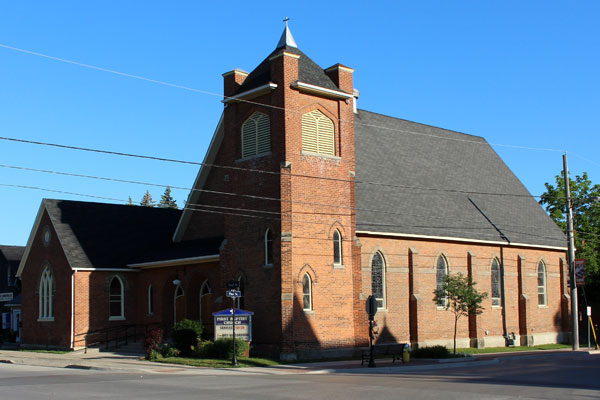 South Elevation – Principal elevation is an imposing arrangement of elements. At centre is tall nave gable, with upper, fine, louvred oculus over pair of louvred lancets, all trimmed with buff-brick voussoirs and hood-mouldings. Shed-roofed, red-brick narthex is later addition (c. 1920?), having central pair of segmental-headed, panelled oak doors set in deep, multiple jambs and pointed arches, and with three-light, leaded-glass transoms windows above. Small, lancet windows, with hood-mouldings and ashlar sills, light ends of narthex. Gabled hall to west has louvred oculus over decorated-style window, all with typical buff-brick trim. 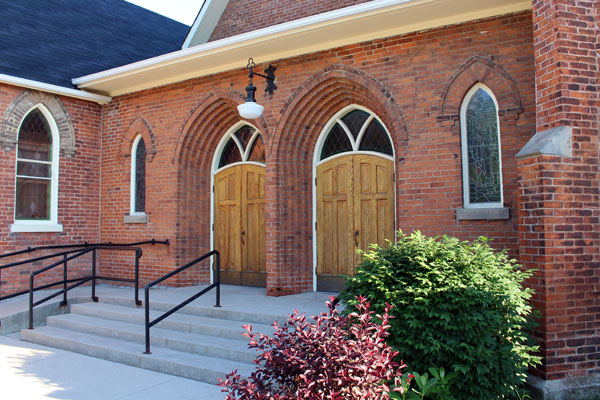 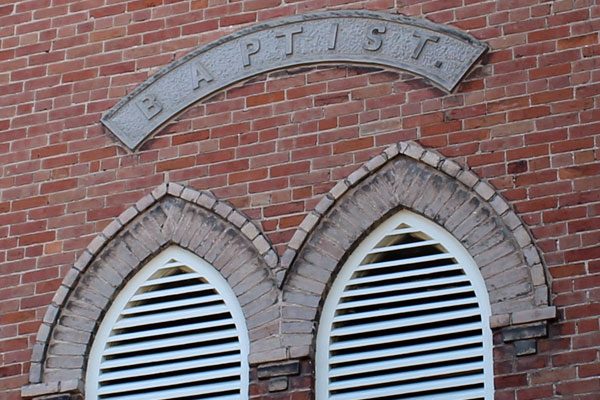 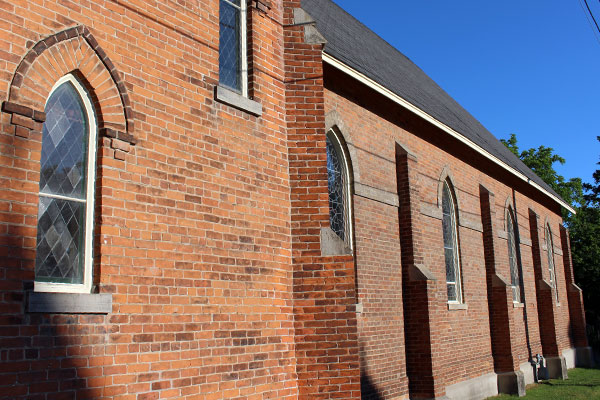