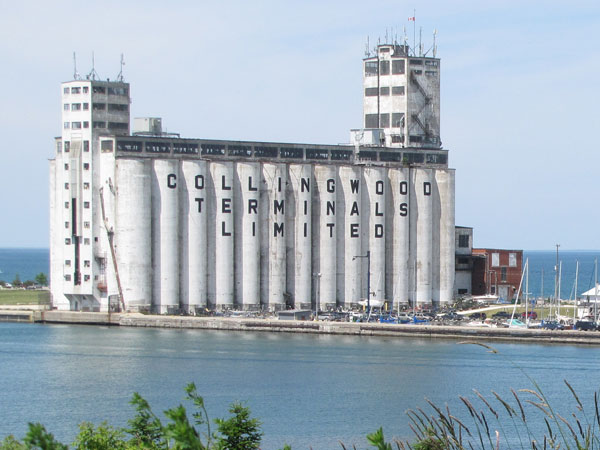 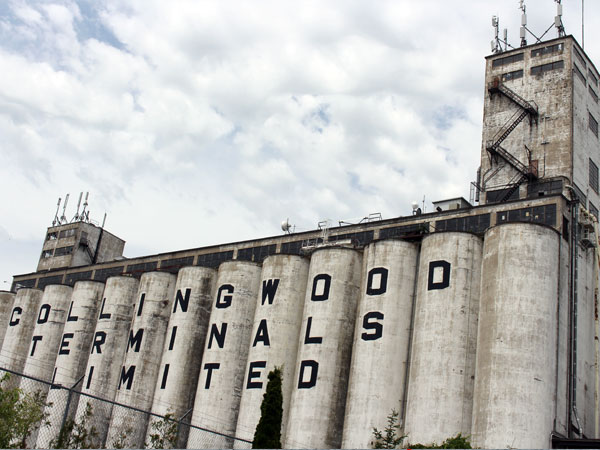 Description – The last prominent remnant of Collingwood’s once-bustling heavy industry sits like a defending giant at the end of the spit and the mouth of the harbour. The grain elevator as a structural type, with its utilitarian starkness so beloved of the early modernists, actually played an important role in the dismantling of the old architectural conventions which we now seek to retain in the Heritage District. And so it is both ironic and appropriate that this industrial building should, in turn, be worthy of preservation – both as a vanishing building type and as a remnant of lost industries, including both shipping and railway. These particular elevators are a fabulous representative of the type, with all the classic elements thereof. Whereas the dentils and machicolations of the downtown have been listed with almost tedious thoroughness, here there are no such elements to linger over. But in this case, it is the full-length clerestory with its metal-framed windows, the two towers with their similar windows, and the steel cylinders and chutes and various zig-zag staircases and masts which rise to greater importance. Even the lettering on the silos, well-placed and conveniently symmetrical, is part of the ensemble of an intact industrial period-piece.

Comments – The grain elevator seems to have an unfortunate fate when it comes to adaptive re-use: these either sit empty or are demolished. The Collingwood example, however, seems to have more promising prospects. The south, east and west sides should remain essentially undisturbed. The north side, however, might be altered largely as desired since this is, in effect, the rear of the building. The extensive top floor and the two towers must afford stunning views of the lake, the harbour, the Town and the hills. The building suffers, if anything, from an overabundance of potential future uses, and these should be carefully considered prior to embarking on any work to the structure. In the case of grain elevators, Collingwood once again has an opportunity to shine, and to succeed where others have failed. 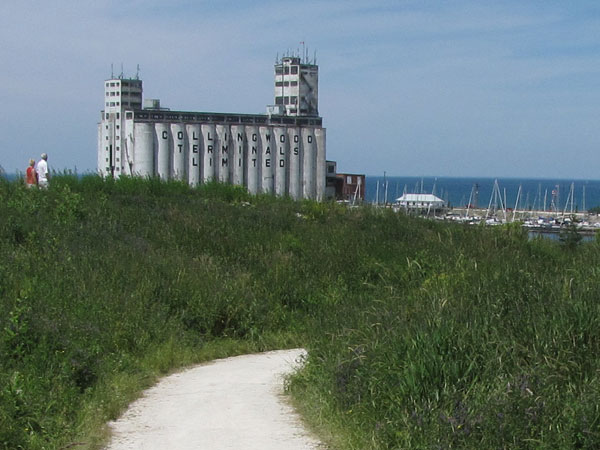