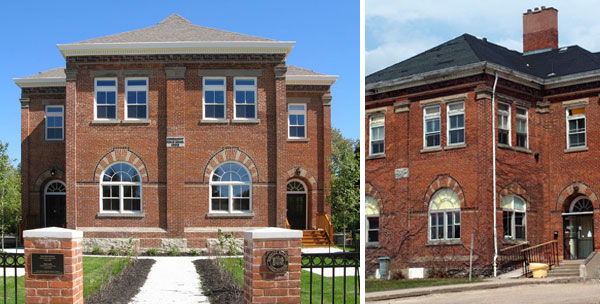 Designed by local architect Marshall B. Aylsworth and built in 1884 as the East Ward School. An addition was constructed in 1902.